This year’s Singles Day shopping bonanza on 11 November has once again exposed the appalling conditions delivery workers labour under in order to meet consumer demand. Moreover, there are reports that working conditions are actually getting worse as the industry develops.

This year’s Singles Day shopping bonanza on 11 November has once again exposed the appalling conditions delivery workers labour under in order to meet consumer demand. Moreover, there are reports that working conditions are actually getting worse as the industry develops.

An expose published last week on Ran Caijing (燃财经) shows that delivery workers in Beijing have experienced increasingly arduous workloads over the last one and a half years. One worker from Yunda Express, surnamed Zhang, said that, prior to mid-2019, he needed to finish about 150 orders per day, which was an acceptable amount for him. But since then, the orders have increased to 300 during peak periods, and for Singles Day this year, the requirement of daily orders was more than 400, a physically impossible target.

Not only have daily delivery targets risen since last year, but also the penalties for not meeting those targets have increased, Zhang said. And to make matters worse, couriers are now required to deliver parcels to the door. Failure to do so can result in complaints and additional fines.

The intense competition among companies has led to workers’ pay being reduced from 1.30 yuan to 1.00 yuan per order. This means that workers have to complete 60 additional orders per day to earn the same wage. 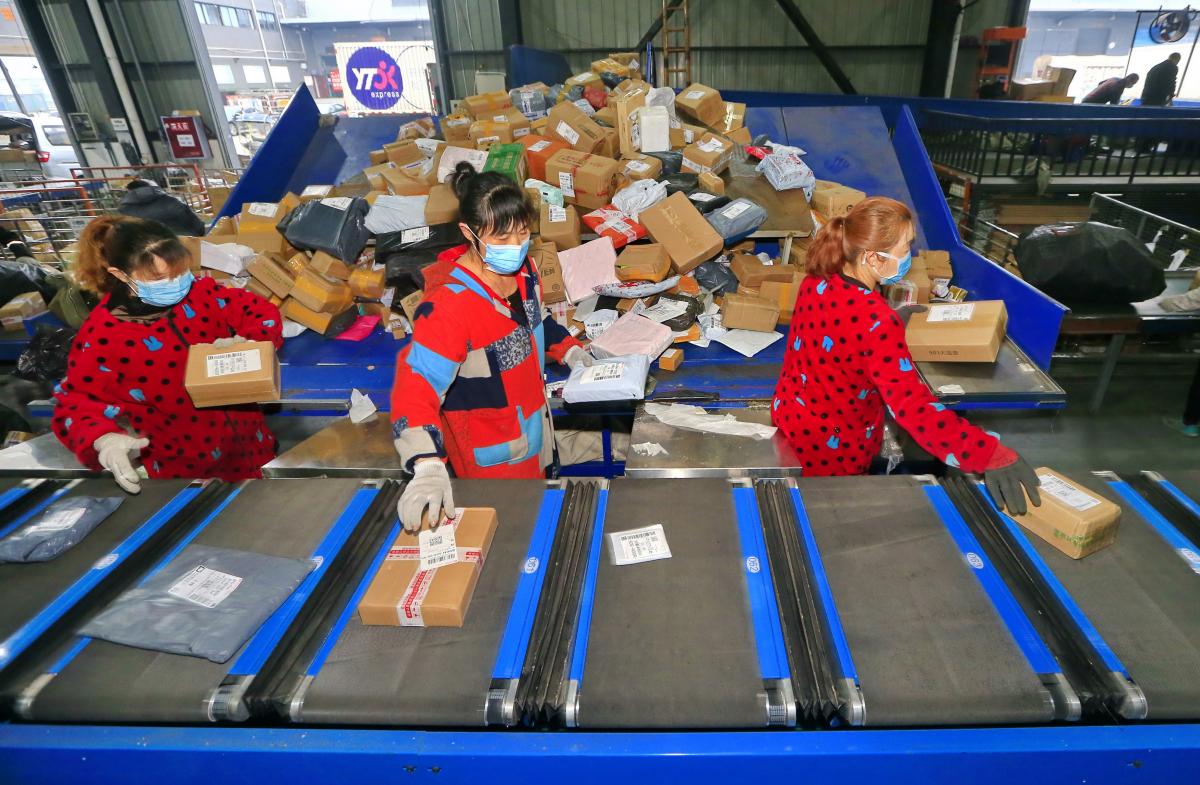 It is not only regular workers who are feeling the strain of impossible targets, harsh regulations, higher fines and constant surveillance. The industry recruits up to half a million temporary workers each year to cope with the demands of Singles Day. Most of these workers are women or students who work overnight in local distribution centres.

A CCTV news report reveals that a distribution centre in Hefei hired about 60 temporary workers in addition to the hundred or so full-time staff. The report shows that distribution centre work is no less tiring than the delivery work, and that sorting parcels while constantly standing for 12 hours during the night can cause severe repetitive strain injuries for many workers.

In addition to the backbreaking work, some temporary workers have been cheated out of their pay. A post from a group of Tianjin student workers on social media says that they had been promised a daily wage of 270 yuan from a labour agency but only received 60 yuan per day in the end. “After the boss disappeared without a trace, we finally understood how migrant workers become so desperate,” they said.

Another post on Weibo claims that a teenage worker from STO Express in Hunan committed suicide after working ten-hour shifts each night for three months without a break. The 18-year-old worker named Huang had made numerous requests to switch to the day shift, but this was always refused. When his request for a rest day was also turned down, on 13 November, he drank a bottle of pesticide at work and died the next day.

In response to the worsening pay and conditions endured by delivery workers, the official trade union has taken little meaningful action. In late October, the Beijing municipal trade union concluded a collective agreement with the city’s express delivery industry federation on the health and safety of the workforce. The agreement “encouraged” companies to pay their legally mandated work-related injury insurance contributions for staff and to provide a low-temperature subsidy and issue warm clothing when the temperature drops below five degrees Celsius. However, the agreement did nothing to address couriers’ lower pay, wage arrears and dangerously intense working conditions.

There are some obvious concrete steps the union could take to address workers’ grievances, such as calling for an end to the excessive penalties that eat away at workers’ incomes. But there is little sign so far that the All-China Federation of Trade Unions is willing to make a genuine effort to help its members.