The provinces most severely affected by the coronavirus pandemic, as well as most major cities in China, all saw negative economic growth in the first half of the year, according to official data on the gross domestic product (GDP) of individual provinces released last week.

The provinces most severely affected by the coronavirus pandemic, as well as most major cities in China, all saw negative economic growth in the first half of the year, according to data on the gross domestic product (GDP) of individual provinces released last week.

Hubei, the original locus of the pandemic and the province with the strictest lockdown measures, suffered the biggest GDP decline during the first half of 2020, with the provincial economy shrinking by 19.3 percent.

The north-eastern provinces of Heilongjiang and Liaoning, which have long been in economic decline and were also severely impacted by the pandemic, had negative growth rates of 4.9 percent and 3.9 percent, respectively.

The manufacturing centres of Zhejiang and Jiangsu, which quickly implemented policies to reopen the economy and restart production, fared slightly better, recording positive growth rates of 0.5 percent and 0.9 percent, respectively. By mid-February, the Zhejiang government and many individual cities in the region had already rolled out a series of policies to support businesses, including laying on special trains and offering transport subsidies to bring migrant workers back to work.

Major cities including Beijing, Shanghai and Tianjin, which kept restrictions in place longer, all saw negative growth, as did the economic powerhouse of Guangdong. China’s major cities are predominantly service-based economies. The service sector has been the hardest hit by the pandemic and will also take longer to recover than the manufacturing sector, which last month recorded the fastest expansion of output and new orders since January 2011.

Of the 298 worker protests recorded on China Labour Bulletin’s Strike Map in the first six months of the year, 27.5 percent were in the service sector and 17.1 percent in transport and logistics. Only the construction industry (32.2 percent) had a higher number of protests. Moreover, the vast majority of these protests (80 percent) were related to wage arrears, while two thirds (66 percent) were in the private sector (based on those cases where company ownership could be determined). Many small private enterprises in the service sector did not receive any effective government support and had to close down or simply not pay staff.

The only bright spots in the first-half GDP data were the remote western regions of Tibet and Xinjiang, which recorded growth rates of 5.1 percent and 3.3 percent, respectively. However, there has been a surge in new coronavirus cases in Xinjiang over the last two weeks, leading the government there to reimpose restrictions on movement.

As we noted at the end of July, this summer’s floods have also had a substantial impact on the economic recovery of provinces in central China bordering the Yangtze River. And it has been China’s low-paid workers, in particular migrant workers, who have suffered disproportionately from both the floods and the pandemic, and who will almost certainly be the last to benefit from any economic recovery. 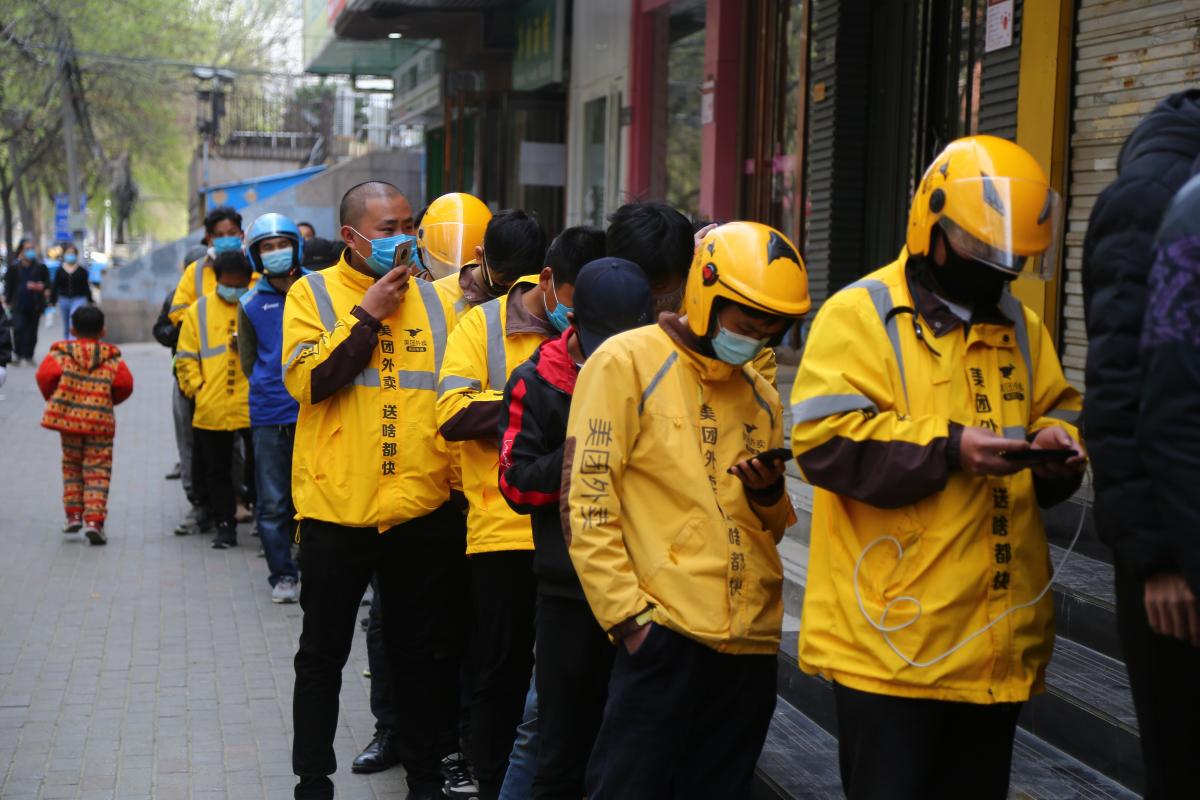 Unemployment remains high and workers who have found new employment often have to work longer hours for lower wages in more hazardous environments. Staff recruited to work in the new BYD mask production facility in the southwestern city of Changsha, for example, are reportedly working exhausting 12-hour shifts each day for just 6,000 yuan per month.

The Chinese government has yet to implement any meaningful job creation programs. Instead, officials have urged unemployed migrant workers to start businesses in their home areas, become street vendors or join the ever-expanding informal economy which offers no job security, no guaranteed income or welfare benefits