One in three white collar workers have been laid off since the outbreak of the Covid-19 pandemic in China, according to a new survey by online recruitment agency Zhaopin. In addition, the majority of white-collar workers have experienced pay cuts, salary cancellations or delays in payment.

One in three white collar workers have been laid off since the outbreak of the Covid-19 pandemic in China, according to a new survey by online recruitment agency Zhaopin. In addition, the majority of white-collar workers have experienced pay cuts, salary cancellations or delays in payment. Only 20 percent of the survey respondents said they had been unaffected by the pandemic so far. 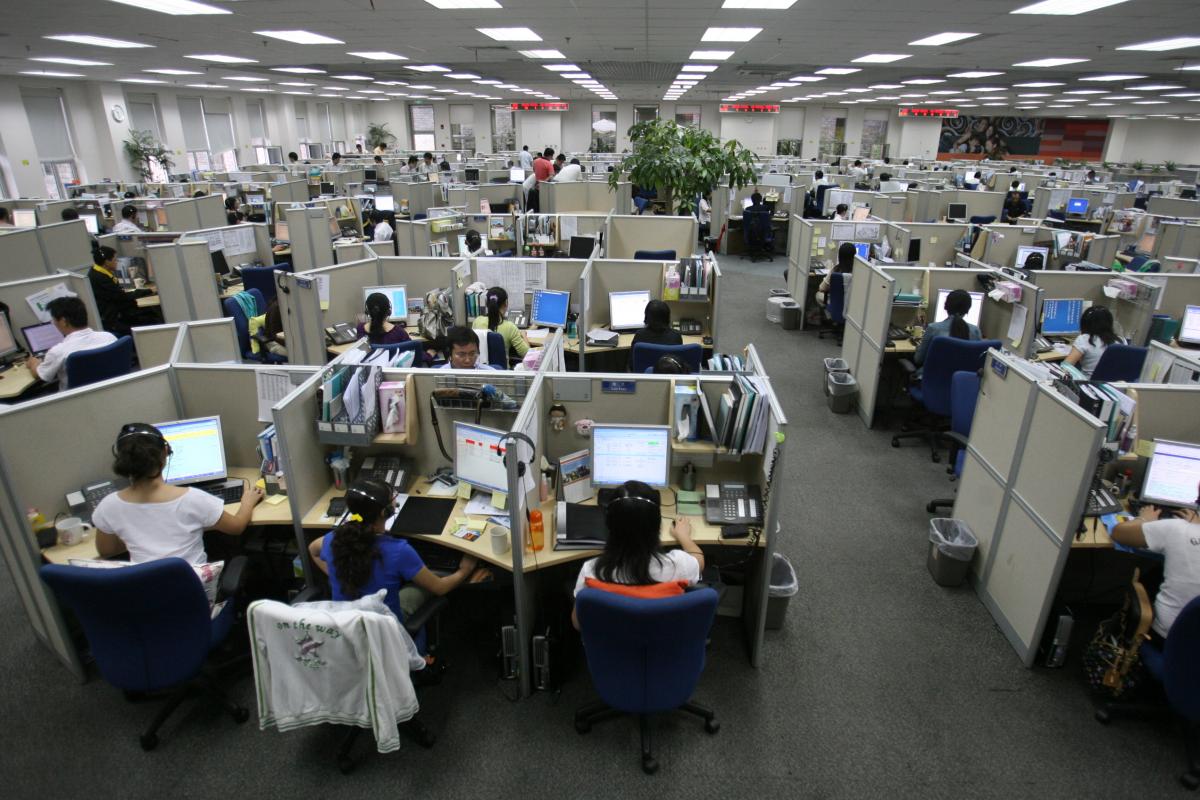 The survey, although limited in its scope, casts further doubt on the government’s official unemployment surveys which maintain that China’s urban unemployment rate has remained stable, at just six percent during the pandemic.

Moreover, it is important to note that workers in the service, education, and transport sectors—which broadly represent those in the Zhaopin survey—account for the majority of the collective worker protests recorded on CLB’s Strike Map so far this year.

In the Zhaopin survey, 31 percent of respondents said they had experienced layoffs, 37 percent had pay cuts, 21 percent suffered salary cancellations and 28 percent faced delayed payment of wages. Older workers were more likely to be laid off, the survey revealed, while younger workers were more likely to suffer pay cuts. About 40 percent of respondents aged between 40 and 50 years old said they had been “optimised,” and around 38 percent of workers under 30 years of age had suffered pay cuts.

The survey suggested that the few bright spots in the white-collar employment market were online retail, online education services and live broadcast. However, CLB’s Strike Map suggests that these areas have been affected by wage arrears and salary reductions as well. On 5 May, for example, online authors contracted to China Literature staged a strike over new contract arrangements, and on 15 May, workers at an English school in Shenzhen staged a protest over wage arrears. More recently, on 16 June, there was a wage arrears dispute at a performing arts company in Liaoning, and this was followed on 18 June by a protest by staff at a driving school in Guangzhou.

So far this year, about 52 percent of all incidents recorded on the Strike Map have been in the service, education and transportation sectors, with manufacturing only accounting for 15 percent of worker protests.

The vast majority of collective protests in the service sector were related to wage arrears and tended to occur in relatively small—and less financially secure—enterprises such as shops, bars, fitness centres, etc.

Employees in these small businesses generally have no trade union representation and as such have little option but to stage collective protests to air their grievances. If they go to their district trade union for assistance, they will most likely be referred back to the local labour department or labour inspectorate.

The official trade union seems to be completely out of touch with the needs of white-collar workers, particularly younger workers who increasingly have to seek part-time and flexible employment in different companies or in different professions just to make a living. The Zhaopin survey noted that more than third of white-collar workers in small enterprises had experienced so-called “slash life” (斜杠生活), where people have multiple professions such as lawyer/writer/speaker/writing coach, for example.

White collar unions such as those in China’s public schools, hospitals, and larger private enterprises tend to operate as an arm of management and have no ability or interest in helping workers in part-time, casual or flexible employment.