The majority of medical staff in China’s hospitals are women, and during the coronavirus (covid-19) outbreak, it has been women who have been at the forefront of the battle to contain the epidemic.

The majority of medical staff in China’s hospitals are women, and during the coronavirus (covid-19) outbreak, it has been women who have been at the forefront of the battle to contain the epidemic.

In Shanghai, more than 90 percent of the nurses and 50 percent of the doctors combating the epidemic are women, according to a report by the Shanghai Women’s Federation. And in Hubei, the province at the centre of the outbreak, there are an estimated 100,000 women working as frontline medical staff. 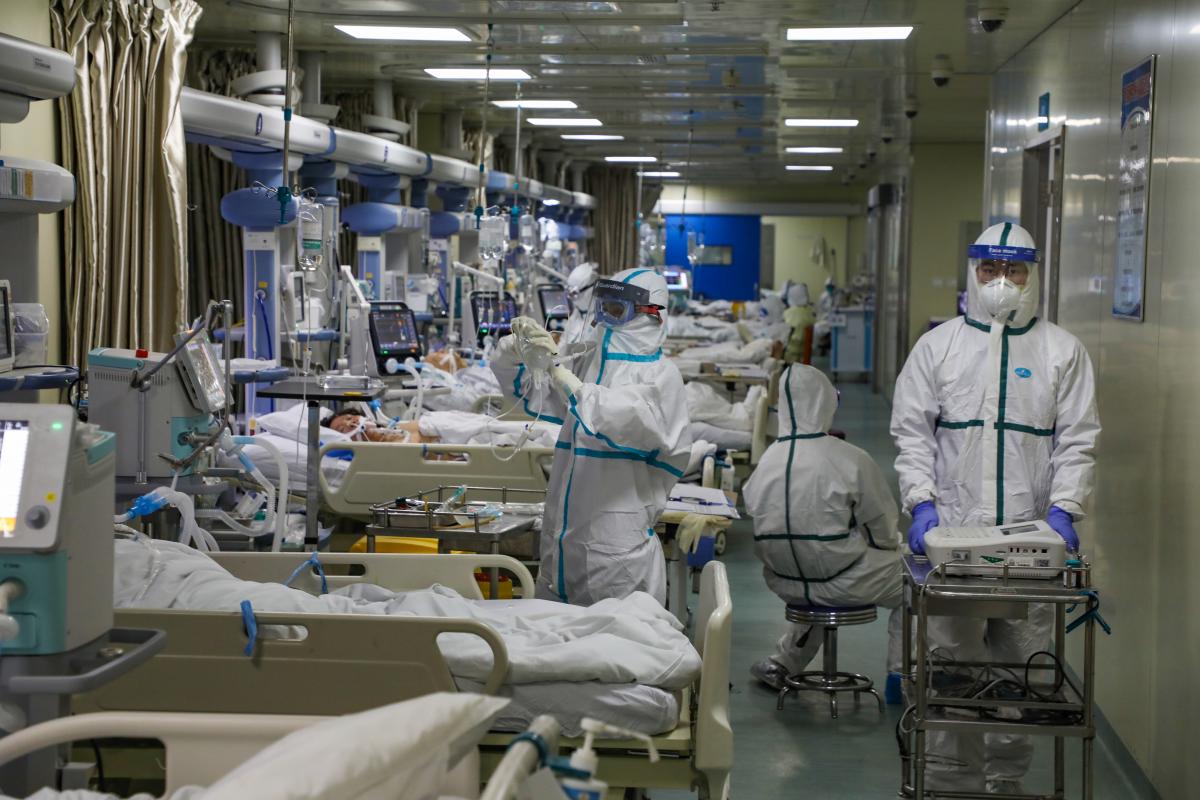 All too often, however, their work has been under-appreciated and little has been done to ensure their safety. Thousands of medical professionals have been infected with covid-19 over the last two months, initially because the hospital authorities failed to take adequate precautions and later due to overwork and exhaustion.

In Wuhan, it was not until the number of confirmed cases reached 59 that nurse Guo Qin and her colleagues were given protective suits. By then it was too late. Guo Qin had been exposed to the virus through her work taking blood and sputum samples. On 12 January, she got a fever and was soon confirmed as infected. On that same day however, the authorities were still claiming that there were no infections among healthcare workers and no clear evidence of person-to-person infection. After recovering by the end of January, Guo Qin had to return to work due to staff shortages in all Wuhan’s hospitals.

Nursing assistants, many of who are middle-aged rural migrants, are even more at risk than doctors and registered nurses because of the lower standard of protective gear provided and the lack of treatment facilities available to them. One nursing assistant, Chen Cuilan, who had been employed at Wuhan Central Hospital for many years, told Caixin that as soon as she was confirmed with covid-19 she was forced to leave the ward.

However, Chen could not return to her hospital dormitory room because of the risk of spreading the infection. Along with many colleagues, she was forced to sleep on the streets for three days before eventually finding a place at one of the city’s quarantine stations. The majority of nursing assistants in Chen’s situation are now worried about where they will stay once their quarantine period is over since the hospitals they work and live at are still full of covid-19 patients.

Working long hours under intense pressure with a lack of protective gear has also taken its toll on the mental health of medical staff. China Central Television reported that around 30 percent of the 1,596 nurses at Wuhan University’s Renmin Hospital were suffering from depression and anxiety.

Apart from medical professionals, women community workers and sanitation workers have also played a vital role in the fight against covid-19. Even in the male-dominated construction industry, women have been on the frontlines building emergency hospitals in Wuhan. During the construction of the Huoshenshan and Leishenshan hospitals, for example, women were responsible for recruitment, material preparation and structural design. Several of these women used their personal social media platforms to publicise their otherwise unheralded role in the construction industry. “Working with masks and helmets, no one cares about your gender,” one assistant engineer pointed out.

Despite their vital role in combating the covid-19 epidemic, women workers have often been overlooked by the Chinese authorities and official media. The Wuhan Federation of Trade Unions, for example, published a list of 13 “National Model Workers” in the fight against covid-19: only four of them were women.

On the eve of International Women’s Day on 8 March, it is essential that the contribution of women workers is recognised by the government and their employers and that the trade unions start to take their responsibility to protect female workers far more seriously at this critical time.