The unprecedented strike this month by Hong Kong health workers lasted for five days, involved nearly 8,000 workers at its peak, and marked the beginning of a new era of worker activism in Hong Kong.

For thousands of health workers in Hong Kong, the novel coronavirus (COVID-19) outbreak, and the government’s weak response to it, was the final straw. Medical professionals who had seen a marked deterioration in working conditions over the last decade, and urgently needed a collective voice, rushed to join the newly created Hospital Authority Employees Alliance (HAEA) last month.

In early February, the majority of union members voted for strike action, demanding that the government close the border to mainland visitors and that the Hospital Authority ensure an adequate supply of surgical masks and other protective gear.

The unprecedented strike lasted for five days from 3 to 7 February, involved nearly 8,000 workers at its peak, and marked the beginning of a new era of worker activism in Hong Kong. 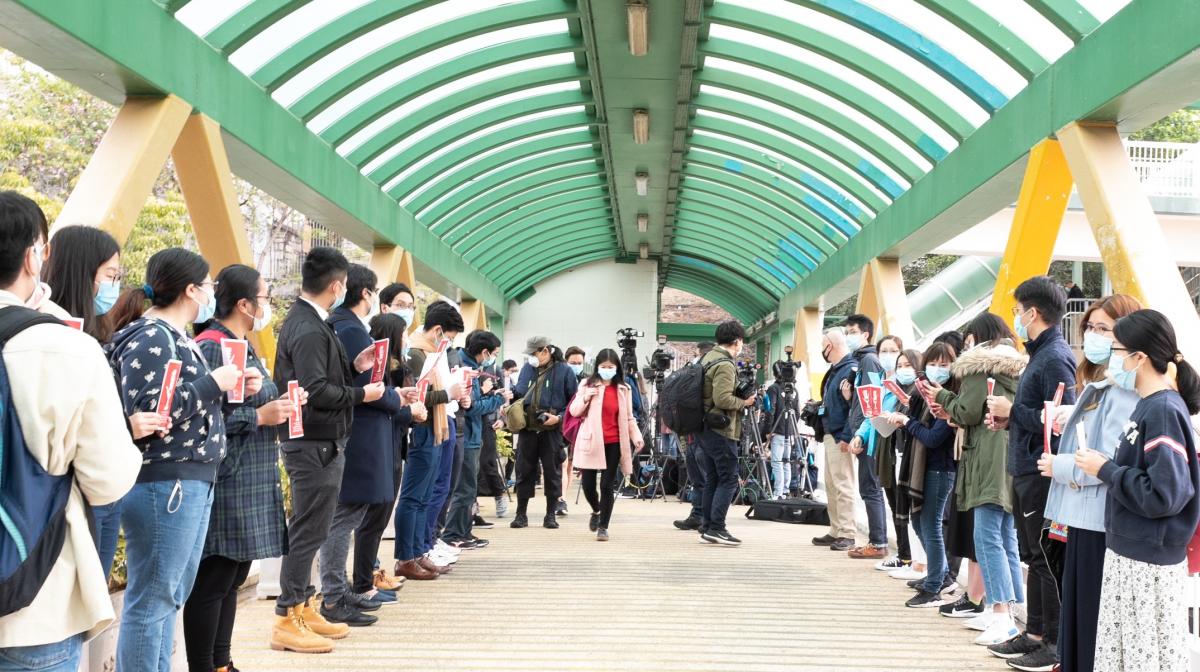 While many outside observers focused on the workers’ specific demands related to the spread of COVID-19, the strike would probably not have taken place at all had the state of Hong Kong public hospitals not declined so dramatically.

Hong Kong’s public health system, once hailed as one of the most efficient in the world, is now overburdened by an ageing population, inadequate manpower and a lack of investment.

In 1963, the number of hospital beds per 1,000 residents was just  2.9. In 1974, the colonial administration under reformist Governor Murray MacLehose set a target of 5.5 beds per 1,000 residents but this was never realized. The public medical system received a temporary boost with the establishment of the Hospital Authority in the 1990s but funding was soon slashed in the wake of the economic downturn in the 2000s. In fact, 1,200 beds were cut after the 2003 SARS epidemic and numbers have never recovered.

Meanwhile, Hong Kong’s population has grown to more than seven million, with 16 percent, or more than one million, over the age of 65. It is estimated that the elderly population will increase further in excess of three million by 2047.

Already, about 80 percent of the elderly population are estimated to be suffering from some kind of chronic illnesses and 40 percent have disabilities. However, the provision of elderly care services has lagged behind. The government’s care in the community scheme, known as the integrated home care services program, has not been expanded since 2003. There were 7,351 moderately and severely impaired elderly persons waiting for government services in 2019. Twenty-one of them died during the waiting period.

The lack of care in the community of course puts added pressure on the public hospitals, which are now the main source of elderly care in Hong Kong. The problem is made worse every winter when temperatures drop and the risk of an influenza outbreak rises. During flu season, patients are routinely packed into the already overcrowded wards. One paramedic estimated that even before the COVID-19 epidemic, wards public hospitals were already at 110 percent capacity.

One union organizer explained that some patients cannot receive proper care after being discharged from hospital, suffer from a relapse and have to be readmitted. In addition, he said, long waiting times for diagnoses means that patients are stuck in hospital without receiving any treatment.

As a result, when the first cases of the then unnamed coronavirus were reported in Hong Kong in January, hospitals were packed and medical staff were working round the clock. Health workers feared that the outbreak could be disastrous, especially given the fact that elderly patients were more susceptible to the new virus.

The Hospital Authority and the government however failed to take any concrete measures to combat the imminent threat and initially refused to talk to union representatives. It was only after the union voted for strike action that the government unilaterally announced the closure of most border checkpoints. Meanwhile, the Hospital Authority has struggled to provide staff with adequate protective clothing and equipment. On 16 February, it announced that the stock of medical equipment in public hospitals could only last for one more month.

The problems highlighted by the strike remain unsolved, and medical staff continue to point out the heightened risks of COVID-19 spreading among patients now that it is known that asymptomatic carriers can be highly contagious.

The HAEA will continue to pressure the government and Hospital Authority to take all necessary measures to protect staff and patients in the short term and invest much-needed resources in the public health system so that it can cope with the demands of Hong Kong’s elderly population in the future.

For a more detailed discussion of this topic in Chinese, please see 香港医护罢工的背景，映照了中港城市医护员工的未来.