Meng was taken away by the Nansha District Public Security Bureau on the afternoon of 30 August. After his arrest, the water and electricity at his apartment was cut off, forcing his family to move out. 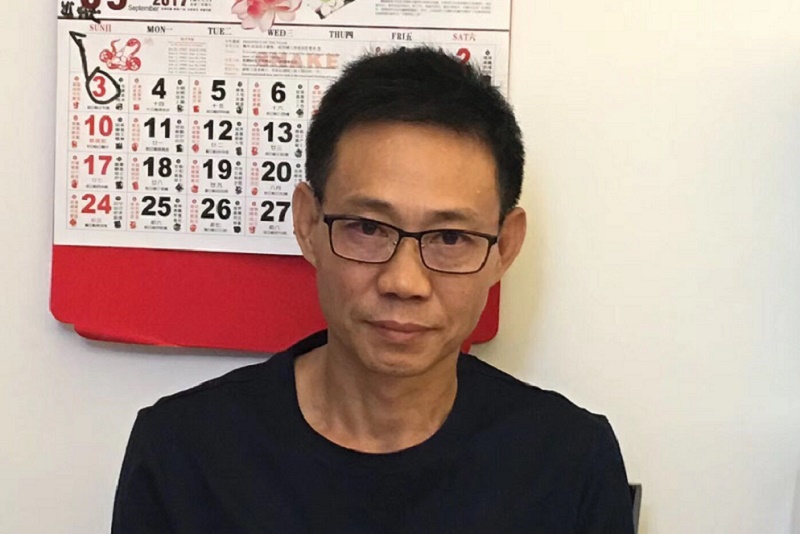 Meng Han after his release in 2017

No reason was given for his release except that Nansha District Procuracy declined to prosecute. However, it seems likely that he was detained purely to prevent him from doing anything that might disrupt the celebrations for the 70th anniversary of the founding of the People’s Republic of China.

It is also likely that, following his release, Meng will continue to be under surveillance and subject to police harassment. Many other labour activists remain in detention as part of a sustained crackdown of civil society organizations.

Prominent anti-discrimination activist Cheng Yuan, and his two colleagues, Liu Dazhi and Wu Gejianxiong, have been held incommunicado at the Hunan Provincial State Security Department Detention Centre in Changsha for more than two months. The activists, who worked at the non-governmental organization Changsha Funeng, were detained on 22 July and formally charged with “subversion of state power” (涉嫌颠覆国家政权) on 26 August.

Three citizen journalists Wei Zhili, Ke Chengbing and Yang Zhengjun, who were active in helping migrant construction workers with occupational disease, were detained in January and February this year and were formally arrested on 5 August for “picking quarrels and provoking trouble.”

Prior to his latest detention, Meng Han had twice been imprisoned for his role in helping workers during two major labour disputes in Guangzhou. In 2013, he was detained after leading a group of security guards at the Guangzhou Chinese Medicine University Auxiliary Hospital in a protest at the hospital’s refusal to discuss the workers’ long-standing grievances over employment contracts and social insurance. He was sentenced nine months in jail for “assembling a crowd to disrupt public order.”

In 2015, whilst working at the Panyu Workers’ Service Centre, a now dissolved labour rights group based in Guangzhou, he was given a 21-month sentence for same offence. He had played a key role in helping workers at the Lide shoe factory reclaim years of unpaid social insurance contributions and benefits they were legally entitled to.