As China’s pension crisis looms larger, the central government in Beijing is increasing its pressure on state-owned enterprises to transfer ten percent of their equity to the national social security fund.

As China’s pension crisis looms larger, the central government in Beijing is increasing its pressure on state-owned enterprises (SOEs) to transfer ten percent of their equity to the national social security fund.

A trial scheme to encourage SOEs to hand over their shares to the pension fund was launched back in 2017 but progress has been very slow. Senior government officials admitted in March this year that only five of the earmarked 600 companies had actually completed the requisite transfers.

In response, five government ministries issued a notice earlier this month stating that all central and local-level SOEs should ensure their equity transfers are completed by the end of 2020 at the latest.

The Notice on the task of comprehensively promoting the transfer of state-owned capital to enrich social security funds (关于全面推开划转部分国有资本充实社保基金工作的通知) states that local governments will bear the final responsibility for ensuring that the equity transfer work in their region is completed on time. 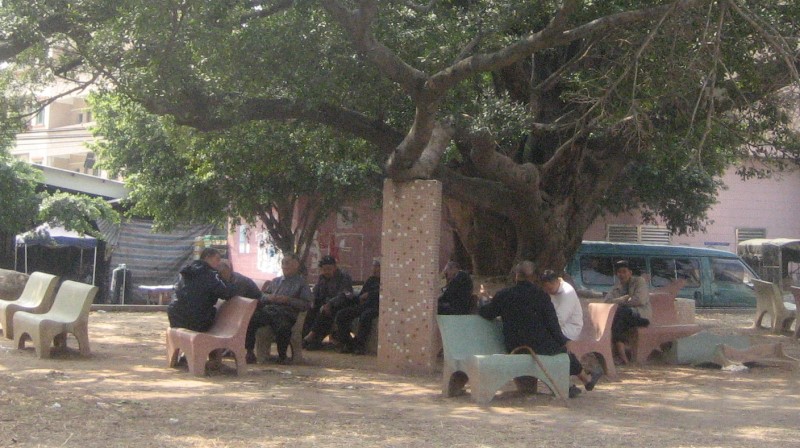 Retirees enjoying the shade in a Dongguan township

The increased sense of urgency in the government’s notice stems perhaps from a report published by the Chinese Academy of Social Sciences (CASS) which predicts that China’s primary urban workers’ basic pension scheme will be completely depleted by 2035 unless radical reforms are introduced. The report argues that total expenditures from the urban workers’ basic pension fund will begin to exceed contributions in 2028 and that reserves will decline exponentially after that.

At the end of last year, there were 419 million people covered by the urban workers’ basic pension fund, among them 301 million were workers and 118 million retirees. The proportion of retirees will increase substantially over the next decade and by 2050, the CASS report estimates, each retiree will be supported by just one employee.

It is imperative, if the pension scheme is to survive, that far more employees are covered and that employers pay their full contributions. The total number of employed persons in China at the end of 2018 stood at about 776 million, most who were not covered by the basic urban workers scheme.

In a bid to encourage more employers to comply with the law and fully contribute to the pension scheme, the government announced earlier this year a reduction in employer contributions from a maximum of 20 percent to 16 percent. The government has in addition made the tax bureau responsible for the collection of pension contributions in place of the less reliable local human resources and social security office. However, there is little sign so far that these measures are having the desired effect.

The notice issued by the five ministries this month suggests moreover that the government now understands that it cannot rely merely on employer/employee contributions to maintain the pension fund and that it needs to find other sources of capital to prop it up.

In the long-term, however, the government will also have to raise the statutory retirement age – currently 60-years-old for men, 50-years-old for women workers and 55 for women civil servants – if the pension fund is to be sustainable.