On World Day Against Child Labour, 12 June, we examine the progress made in tackling child labour in China and the problems that remain unresolved.

Just over a decade ago, child labour was a “widespread, systematic and increasingly serious problem in China.” Teenagers from poor rural families regularly dropped out of school to work in nearby factories, restaurants etc. and the abduction of children into forced labour in Shanxi and Henan became a national scandal.

Today, the forces creating both the supply of and demand for child labour have diminished considerably, and although there are still occasional reports of child labour in the Chinese media, the situation has improved.

Economic development and restructuring, particularly the move away from low-cost, labour intensive manufacturing, has significantly reduced the market for cheap child labour. That said, student interns above the legal working age of 16-years-old are still frequently used by factories as a source of flexible labour during periods of high demand.

The Chinese government’s nationwide poverty alleviation campaign, which aims to eliminate absolute poverty in China by the end of next year, has played an important role in improving the lives of people in poor rural communities that were the primary source of child labour.

The average annual per capita income for rural residents in Shunping county in Hebei was just 2,334 yuan when CLB investigated child labour in the area in 2004. Thirteen years later, in 2017, that figure had tripled to 6,867 yuan a year. There was an even more dramatic improvement in another CLB survey site, Hepu county in Guangxi, where there the average annual income of 2,763 yuan in 2004 increased by five times in 14 years to reach 13,713 yuan last year.

CLBs’ research report on child labour singled out the failings of the rural school system as being the primary cause of the high dropout rates which in turn created a regular supply of underage workers. The poverty alleviation campaign has also increased investment in rural education and most rural parents no longer have to pay fees to send their children to school. 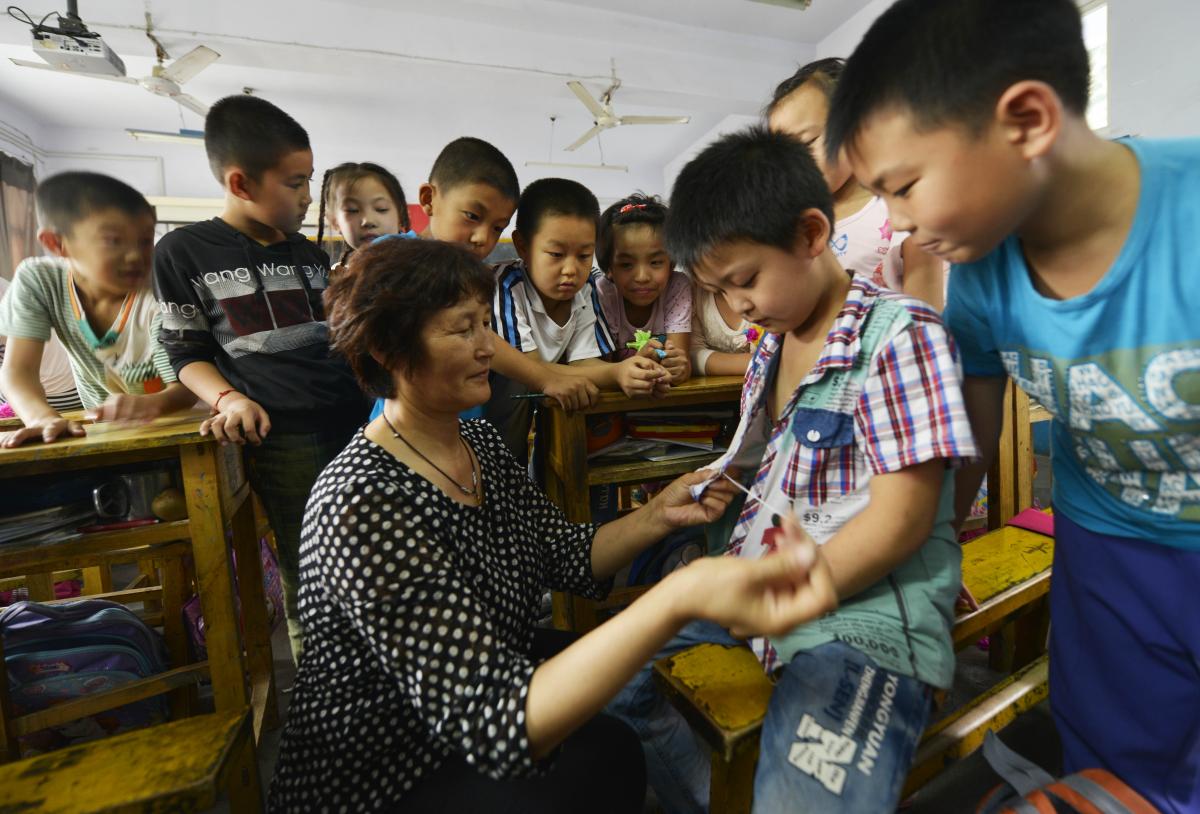 However, the quality of education in many rural schools is generally very low and teachers are underpaid and under-valued. Protests by rural school teachers over low pay and benefits, as well as wage arrears, are commonplace with many disputes over employment status and decent pensions dragging on for years on end, even decades.

Rapid urbanization has been another major factor in reducing the supply of child labour in China. About 60 percent of China’s population now live in cities. Children from former rural areas who are resettled in cities clearly no longer have to work in the fields – the focus of this year’s World Day Against Child Labour. Moreover, schools in newly created or expanded cities tend to be better funded and better regulated than poor rural schools and as such they have a much better chance of ensuring that all students complete nine years of compulsory education as prescribed by law.

The Ministry of Education claims there were 145 million students in primary and middle school in 2017, comprising 93.8 percent of the compulsory school age populations. This means that there were still around nine million school-age children who did not complete middle school.

It is very difficult to gauge what proportion of these drop outs actually became underage workers but, as recently as 2016, there were still reports of children working more than ten hours a day in small manufacturing workshops in the Yangtse Delta town of Changshu. Rural children abandoned by their parents can also end up living in traditional acrobat schools, which now make additional money by live-streaming their performances. The owners of these schools claim they are providing a public service but they all too often leave children with chronic injuries and little career path beyond acrobatics.

The popularity of live-streaming and other social media platforms in China has also led to the growing exploitation of child performers and models by their fame seeking parents. Following a widely publicised video of a mother kicking a three-year-old child model, the city of Hangzhou introduced new regulations stipulating that children under ten cannot be used as advertising spokespersons and cannot work more than four hours a day. This is believed to be the first attempt by local governments to regulate the working conditions of child performers in China.

Although the conditions that created child labour a decade or so ago are no longer so onerous, new problems are emerging and the government, civil society organizations and education professionals need to remain vigilant.

The International Labour Organization (ILO) launched the World Day Against Child Labour in 2002 to focus attention on the global extent of child labour and the action and efforts needed to eliminate it. Each year on 12 June, the World Day brings together governments, employers and workers organizations, civil society, as well as millions of people from around the world to highlight the plight of child labourers and what can be done to help them.

Please see CLB’s report Small Hands: A survey report on child labour and the failings of the rural school system in China for a detailed insight into the problems of child labour in the mid-2000s.