The demonstration by more than 200 public school teachers in the southwestern county of Jianyang on 21 May was just the latest in a series of protests by teachers in China over a wide-range of issues including low pay, unequal pensions and other benefits, and wage arrears.

The demonstration by more than 200 public school teachers in the southwestern county of Jianyang on 21 May was just the latest in a series of protests by teachers in China over a wide-range of issues including low pay, unequal pensions and other benefits, and wage arrears.

Around six percent of all the incidents recorded on CLB’s Strike Map so far this year have involved education workers, who make up only about two percent of China’s total workforce. 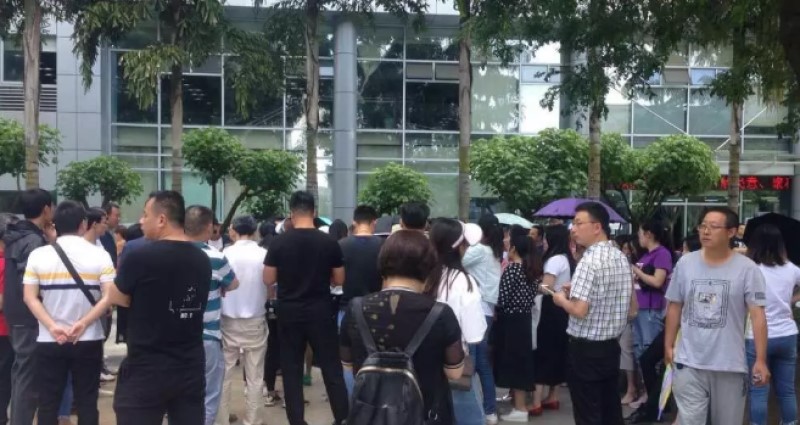 The Jianyang protest centred on a long-standing and widespread problem in poorer rural counties in China, namely that teachers are paid less and have fewer benefits than other public servants in the same district.

That is clearly still the case in Jianyang where teachers are paid only around 3,000 yuan per month on average, which is barely enough to live on. In 2017, the average yearly wage for all urban employees in Sichuan, where Jianyang is located, was 58,671 yuan or around 4,890 yuan per month, according to official data. The Jianyang teachers were awarded a 14,500 yuan bonus this year but civil servants reportedly received more than twice that amount in bonuses, 39,800 in total.

Teachers’ protests occur across the whole of China but poorer rural districts, where government’s have limited funds, have been a focus of unrest for decades now. Many provincial governments hired less-qualified community teachers (民办教师) in the 1980s and 90s to make up for the shortfall of teaching staff in rural areas. They were promised the same pension benefits as teachers in public schools but many local governments reneged on that promise. Retired community teachers have been taking to the streets in regular protests ever since, most recently in Shaanxi and the north-eastern provinces of Liaoning and Jilin.

Some of the lowest paid teachers in China are young women working in privately-run kindergartens. Not only are they paid not much more than the minimum wage, they are often denied pensions and other benefits, and can go months without pay if the school cash reserves run low or school owners embezzle tuition fees.

Up until now, school trade unions have been less than effective in protecting teachers’ rights but the Jiangsu federation does now have the opportunity to create genuinely representative unions that can help address teachers long-standing concerns.

See CLB’s 2016 research report Over-worked and under-paid: The long-running battle of China’s teachers for decent work for more details on the problems in the education profession and the collective action taken by China’s teachers to defend their rights.