So far this year, only three out of 32 regional governments have increased their statutory minimum wage, although several others are expected to follow suit later in the year.

As China’s economic growth slows, local governments are increasingly reluctant to jeopardise their competitive advantage by raising the minimum wage. So far this year, only three out of 32 regional governments have reportedly increased their statutory minimum wage, although several others are expected to follow suit later in the year. 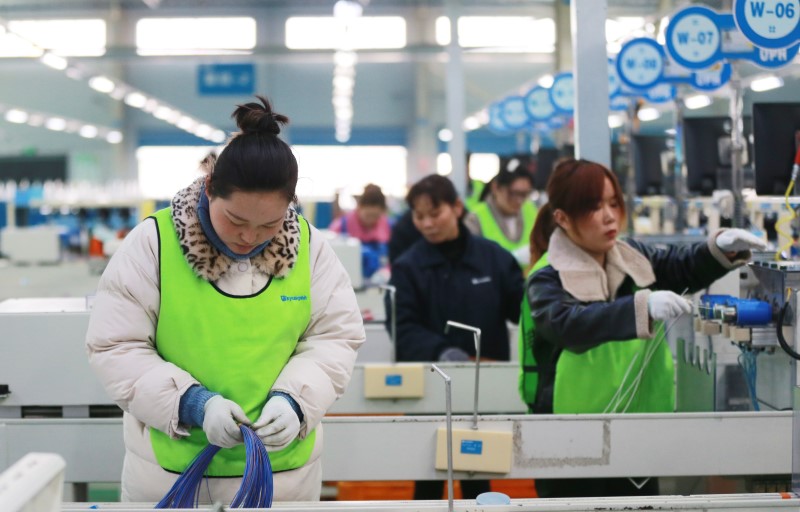 Shanghai, which has the highest minimum wage in the country and usually adjusts its rate every year, increased the monthly minimum wage on 1 April this year by just 60 yuan to 2,480 yuan and its hourly rate by one yuan to 22 yuan.

The north-western province of Shaanxi raised the minimum wage on 1 May by 120 yuan across three categories to 1,800 yuan per month in first tier cities, 1,700 yuan in second tier cities and 1,600 yuan for the rest of the province.

After three years with no adjustment, Chongqing finally increased its monthly minimum wage by 300 yuan on 1 January this year to 1,800 yuan in central districts and 1,700 yuan in outlying districts.

It is expected that the capital Beijing, and the nearby provinces of Shandong and Hebei will also increase their minimum wage rates this year. Hebei has not increased its minimum wage since July 2016 and currently has one of the lowest rates in the country. The western province of Qinghai has not increased its rate since July 2017 and may also make an adjustment this year.

The rate and frequency of minimum wage increases in just about every municipality and province has declined steadily since 2010, with several regions including Guangdong now only adjusting their rates every three years as opposed to the previously-mandated two years.

The gap between the richest and poorest regions also continues to grow. The major cities of Shanghai, Shenzhen, Beijing, Guangzhou, Tianjin, Nanjing and Hangzhou all now have a monthly minimum wage of more than 2,000 yuan but in smaller cities in Hunan, Anhui, Liaoning, Heilongjiang and even Fujian, the monthly rate is still less than 1,300 yuan.

In most cities, the minimum wage is barely enough to cover accommodation, transport and food costs. Workers on the minimum wage, including many production line workers, unskilled labourers, shop workers etc. have to rely on overtime, bonuses and subsidies in order to make a living wage.

Many workers in the service industry are completely reliant on commissions while most delivery drivers and other transport workers only get paid by the order, and have to work excessively long hours with no overtime payments just to earn a living. Ecommerce giant JD.com, for example, announced last month that it would eliminate its delivery drivers’ basic wage entirely and cut back on employee benefits, forcing drivers to work even longer and deliver more packages in order to make the same wage as before.