China will mark May Day this year with around 50 labour activists in some form of detention. CLB reiterates its call for the release of all activists and an end to the crackdown.

China will mark May Day this year with around 50 labour activists in some form of detention. China Labour Bulletin and numerous other groups and individuals around the world have called for the release of all activists and an end to the ongoing crackdown on civil society organisations supporting China’s workers. We reiterate that call on International Workers Day.

Crucially, China’s workers are also voicing their support for the detained activists. Most recently, about 100 former construction workers from Hunan signed a petition in support of three citizen journalists in Shenzhen who had helped them in their struggle for occupational disease compensation.

One of the workers who signed the petition, Gu Fuxiang, told AFP, “they’re not guilty – they have caring hearts and because of that they face pressure from the government.”

Activists Wei Zhili and Ke Chengbing were arrested in February for “picking quarrels and provoking trouble” while Yang Zhengjun, the editor-in-chief of the iLabour news site, has been in police detention since January.

Former employees at Jasic Technology in Shenzhen have also never wavered in their support for the students and civil society activists who rallied to their cause last year.

Despite the wide-ranging crackdown that has seen the arrest of well-known activists such as Zhang Zhiru and Wu Guijun, China’s workers have continued to stand up for their rights and push back against employer abuses.

Since the current crackdown began on 27 July last year with the mass arrests of 30 Jasic workers and their supporters, CLB has recorded well over 1,100 collective worker protests on our Strike Map. Moreover, the highest concentration of these incidents (about ten percent of the total) has been in Guangdong, where most of the detained activists were located.

Labour conflicts occur across the whole country and across a broad range of industries but are overwhelmingly concentrated in China’s domestically-owned private enterprises. Many of these enterprises have routinely violated labour law by not signing proper employment contracts, not paying wages in full or on time, not contributing to China’s social insurance funds, and failing to provide a safe working environment for their employees. 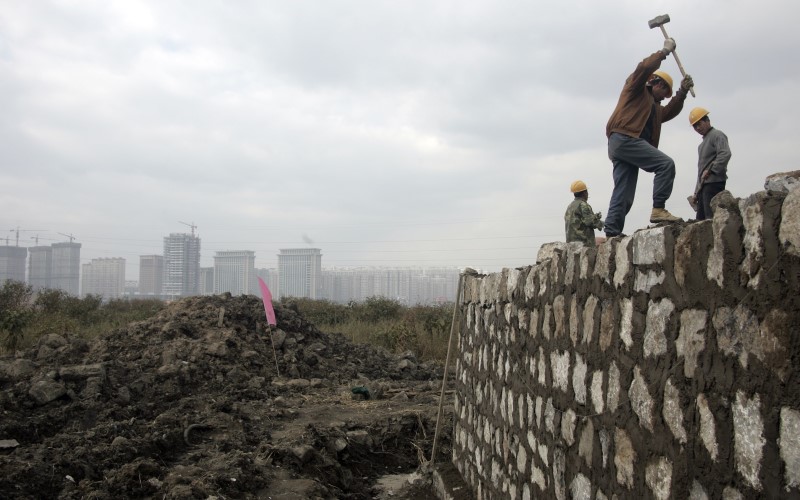 The construction industry, which accounts for about 41 percent of all the worker protests recorded since 1 August 2018, is probably the worst offender in this regard, as discussed in detail in our research report on the industry, published in January this year. Factory owners have also routinely ignored their legal obligations when closing, selling or relocating their business. But it is employers in the service sector who are becoming the biggest threat to workers’ interests. Jobs in the service sector are increasingly precarious, workers are deprived of their legally-entitled benefits and often subject to arbitrary changes in pay and working conditions. Tech tycoons like Jack Ma and Richard Liu, meanwhile, seem to think that regulations on working hours etc. simply don’t apply to their businesses.

It is obvious that China’s workers are not willing to silently accept these employer abuses and are now fighting back in a variety of innovative ways. But there is a limit to what they can achieve through protests and online campaigns. The imbalance of power in the workplace is huge, and workers need help to redress it. However, the crackdown on civil society labour groups has effectively neutralised many of those best placed to help. As a result, there is an even more pressing need for China’s official trade union to step into the breach.

Thus far, the All-China Federation of Trade Union’s reform program has been largely superficial and self-serving. For the most part, officials have been unable or unwilling to break the shackles of their traditional bureaucratic mindset and fully embrace a new identity as representatives of labour.

The longer trade union officials stay stuck in the past, the worse the situation will get. Workers will be forced to adopt more extreme measures to defend their rights and interests, inviting even more government repression.

China’s trade union officials need to get their hands dirty. They need to go to construction sites, factories, logistics warehouses and food delivery stations across the country and recruit workers to the union. They need to galvanise workers, and help them elect representatives who are willing and able to take a firm stand with labour and against the exploitative and illegal practices of management.

For too long during the four decades of economic reform in China, nearly all the power in labour relations has been in the hands of capital. The government has tried on numerous occasions to redress that imbalance, but administrative and legislative fixes have had little success: the abuses and illegal practices keep reoccurring. It is time for fundamental change, and the trade union has to be at the forefront of that change.