Official statistics released by a Shanghai court have confirmed that labour disputes tend to be overwhelmingly concentrated in domestically-owned private enterprises.

Official statistics released by a Shanghai court have confirmed that labour disputes tend to be overwhelmingly concentrated in domestically-owned private enterprises.

Although the court statistics come from a small and relatively limited sample of individual labour disputes, the results mirror the findings of CLB’s Strike Map which showed that 73.3 percent of the 1,702 collective labour protests recorded in 2018 occurred in domestic private enterprises, 11.6 percent in state-owned enterprises, and just 2.9 percent in Hong Kong/Macau/Taiwan/foreign-funded enterprises and joint-ventures. 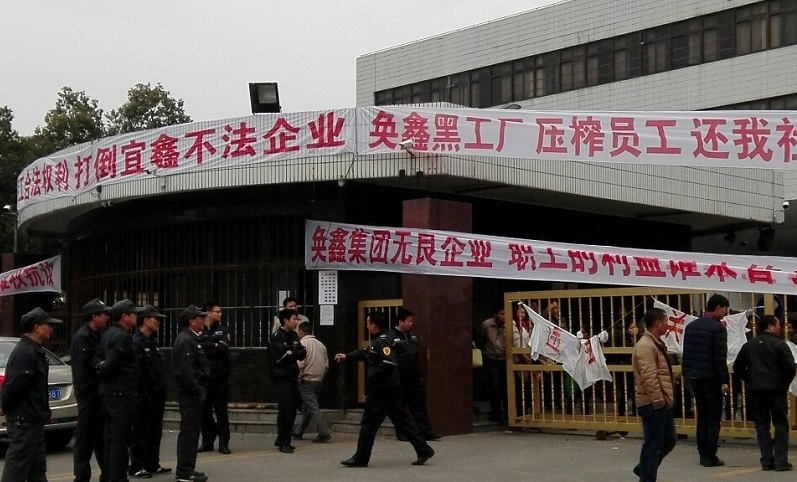 Changes in the market economy directly affect the operating conditions of private enterprises, which in turn leads to structural instability, enterprise upgrading or transformation, closures and wholesale relocations. This results in a large number of labour disputes, some of which end up as collective labour dispute cases.

The court’s white paper recommended that, given the large number of labour disputes that occur in private enterprises, the local labour departments, trade unions and industry associations should work together to establish a labour-relations credit system that could be utilised by both employers during the recruitment process and individual employees when looking for a job.

This is not the first time that court officials have called on both employers and employee representatives to improve labour relations at source and thereby reduce the burden placed on the court system by excessive labour conflicts.

In March last year, Sun Guoming, deputy head of Beijing’s No. 1 Intermediate Court, stated that employers needed to abide by China’s labour laws and resolve labour disputes through negotiations with workers and the trade union as equal partners.

Speaking at a press conference to discuss the labour dispute cases handled by the court since the implementation of the 2008 Labour Contract Law, Sun stressed that proper employment contracts that protect the rights and interests of employees should form the basis of labour relations and that employers should “open up channels for workers to voice their demands and grievances.”

In China as a whole, LDACs handled a total of 785,323 cases in 2017, of these cases, 169,456 were related to the termination of employment contracts, according to the China Labour Statistical Yearbook.