In response to the slowing economy and the threat of higher unemployment, China has vowed to put “employment first” and create around 11 million new jobs this year.

In response to the slowing economy and the threat of higher unemployment, China has vowed to put “employment first” and create around 11 million new jobs this year.

Premier Li Keqiang outlined a series of measures at last week’s National People’s Congress (NPC) that would reduce the tax and social insurance burden on employers by two trillion yuan, encourage enterprises to retain existing staff, and create new employment opportunities for the long-term unemployed and workers entering the job market for the first time such as college graduates. 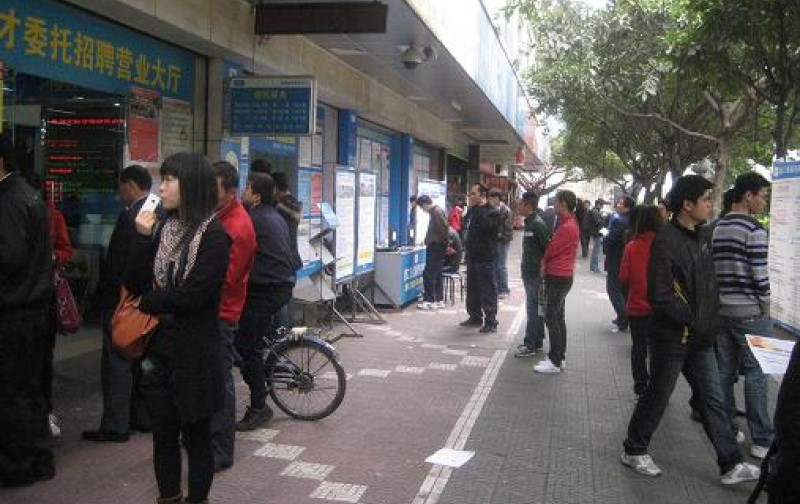 Specifically, Li said, the government would: “strengthen support for flexible employment and new forms of employment,” clampdown on gender discrimination, expand and develop vocational education and “allocate 100 billion yuan from the surplus in unemployment insurance funds to provide training for over 15 million people upgrading their skills or switching jobs or industries.”

While it is commendable that the government recognises the importance of employment as “the cornerstone of wellbeing, and the wellspring of wealth,” the administrative policies announced this year are essentially a rehash of existing policies such as the Spring Wind Initiative (春风行动) designed to promote migrant worker employment.

The Spring Wind Initiative, first established in 2002, focused on vocational training, job fairs and more recently encouraging migrant workers to “return home and start a new business” (回乡创业). However, very few of these initiatives had any real impact and, as the economy slowed further, they became essentially irrelevant. A job fair due to take place in Chongqing last month, for example, was cancelled at the last minute because not one company had registered for the event.

The problems in China’s vocational school system are well-known and the government has been trying to fix them for more than a decade now without any real success. Too many vocational schools are still financially dependent on major employers, such as Foxconn, that can provide their students with internships, even though these internships have little or no educational or training component and the students are basically used as cheap flexible labour.

Premier Li promised in his work report to the NPC that, “the central government will greatly increase fiscal support for vocational colleges, and local governments should also strengthen their support.” However, it is difficult to see how local governments will find sufficient funds to support vocational education when the premier has also demanded they reduce spending to offset the expected reduction in tax revenue.

Reducing the financial burden on private enterprises is to be applauded, but only if that does actually translate into new jobs and not just profits for shareholders. Moreover, given the government’s focus on “flexible employment and new forms of employment,” there is no guarantee that any new jobs created by the tax cuts will provide a decent or sustainable living.

The app-based food delivery business is one sector that has seen substantial employment growth in China over the last few years, but in the two weeks leading up to the premier’s speech, there were numerous strikes and protests by food delivery workers in Hebei, Shandong, Jilin, Liaoning, Zhejiang and Guangdong. Drivers complained that both major food delivery platforms, Meituan and Ele.me had, without warning or consultation, introduced new pay scales after the Lunar New Year holiday that had drastically reduced worker incomes.

The most pressing problem for China’s workers currently is not finding a job per se but making sure that once employed they are paid in full and on time, and not cheated out of overtime and social security benefits. Around 79 percent of all the worker protests recorded on CLB’s Strike Map last year were related to wage arrears. The problem was particularly severe in the construction industry, followed by manufacturing and it is increasingly an issue in the service sector, where intense competition leads to widespread business failures.

Premier Li mentioned wage arrears just once in his work report and basically reiterated the failed policies of his predecessor Wen Jiabao in focusing on government intervention and the settling of disputes after the fact rather than promoting systematic reform measures that can prevent wage arrears from occurring in the first place.

As CLB notes in our new report on the construction industry, the only way to really guarantee workers’ wages is through strong trade union representation and the negotiation of collective agreements that are rigorously enforced. Currently, China’s official trade union is not up to the task but if enough pressure is applied by the Party and government from above and by workers from below, the union will eventually be forced to change.