The pension contribution rate of employers in China will be reduced from a ceiling of 20 percent to 16 percent of the overall wage bill, as part of a wide-ranging package of new measures designed to ease the burden on small and medium-sized enterprises.

The pension contribution rate of employers in China will be reduced from a ceiling of 20 percent to 16 percent of the overall wage bill, as part of a wide-ranging package of new measures designed to ease the burden on small and medium-sized enterprises.

The measures, announced by Premier Li Keqiang in his Government Work Report to the National People’s Congress (NPC) on 5 March, are expected to save enterprises nearly two trillion yuan this year.

China’s high social insurance contribution rates have long been criticised by business leaders and senior government officials, most notably former Finance Minister Lou Jiwei, and some local governments have already reduced employer contributions substantially in a bid to keep enterprises in their city. Shenzhen, for example, reduced employer pension contribution rates in August 2018 to just 14 percent, with an upper limit of 25,044 yuan per month.

However, Tuesday’s announcement to the NPC is believed to be the first time the national government has taken concrete action on the issue and specified a national benchmark for regional governments to adhere to.

The key however, as Li Keqiang noted, is in ensuring the specified social insurance, tax relief and local government fee reduction measures are fully implemented. There is a danger that enterprises will continue to cheat the system by only declaring the employees’ basic income instead of the actual monthly wage (as specified by law), thereby significantly reducing contribution rates.

China Labour Bulletin Executive Director Han Dongfang said the government should be complimented for trying to relieve the burden on small and medium-sized enterprises but stressed that in the long-run, problems with the social insurance system cannot be solved by administrative measures alone.

In the future, Han said, China’s trade unions should have an important role to play in the social insurance system by helping to devise and negotiate reasonable contribution rates for employers and employees in specific industries and regions.

“This will allow China to create an organic system in which the benefits and responsibilities of enterprises, workers and local governments are all balanced,” he said. 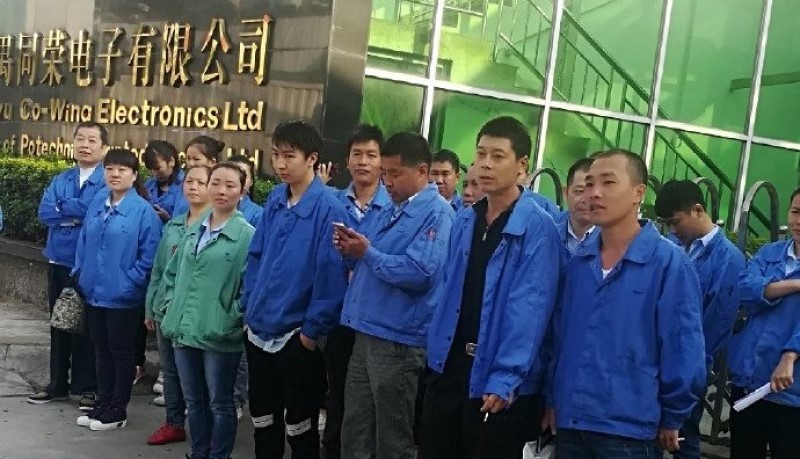 One important issue that remains unresolved however is the social insurance in arrears owed by those employers who have never paid or consistently under-paid into the pension system. The government work report specified that:

No locality should take any measure that increases the burden on small and micro enterprises when reforming their collection systems, or require, on their own, that longstanding arrears be paid off in a lump sum.

There have been numerous examples over the last decade of factory workers in Guangdong, in particular, demanding the full payment of social insurance in arrears, perhaps the best-known case being the Lide shoe factory workers’ campaign in 2014-15. Clearly, enterprise and local trade unions need to get involved in these cases to ensure that employees are paid everything they are owed before factories close down and the workers are out of a job.