The Jasic dispute was just one of thousands of labour disputes in China to erupt this year. What made it noteworthy was the workers’ understanding of the broader economic and social context in which the dispute occurred and, in particular, the role of the trade union.

The highlight of the workers’ movement in China this year, and the labour dispute that attracted far more international headlines than any other, started with a simple demand by a group of factory workers in Shenzhen to set up a trade union.

When the management at Jasic Technology retaliated by sacking the worker activists who were leading the campaign, and called the police when the workers attempted to re-enter the factory, the dispute quickly escalated. Around 30 workers and their supporters were detained on 27 July 2018, and four of the workers remain in custody today.

The arrests led to an outpouring of support from student groups and Maoist organizations across the country, many of who came to Shenzhen to stand in solidarity with the Jasic workers. The authorities sought to suppress the movement through a series of mass arrests and disappearances (currently 29 people, including two trade union officials, remain in some kind of detention) but the campaign continues. 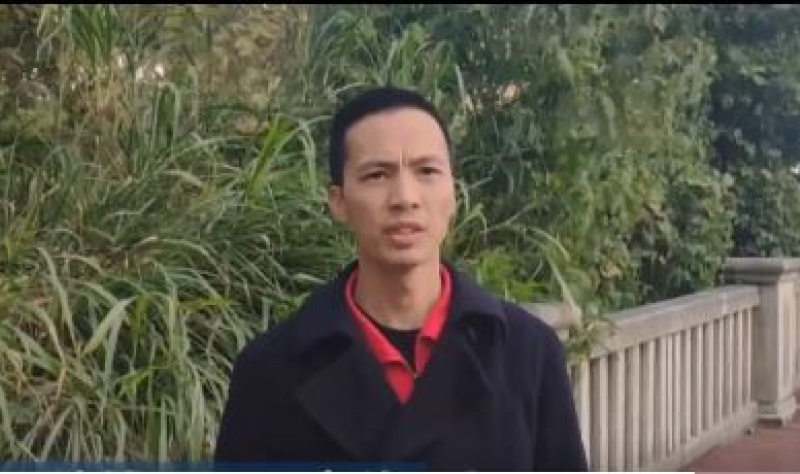 Former Jasic worker, Lan Zhiwei (pictured above), who was one of those detained on 27 July, explained in a video posted by the Jasic Workers Support Group on 22 December that support for the Jasic workers would never wither away because their demand for a union was shared by workers across China. Workers understand, Lan said, that their livelihoods and economic status will never improve without a strong union standing in solidarity with them.

The Jasic dispute was just one of thousands of labour disputes to erupt this year. The vast majority of the incidents recorded on China Labour Bulletin’s Strike Map this year, for example, were relatively small-scale, localized disputes over specific economic issues such as wage arrears, lay-off compensation, low pay and social insurance arrears.

In essence, the Jasic dispute was no different; workers at the factory complained of low pay, underpayment of social insurance and an abusive management regime. What made the case noteworthy however was the workers’ understanding of, and ability to articulate, the broader economic and social context that gave rise to their particular dispute. Crucially, they understood the important role of the trade union in advancing the lives of ordinary workers and their families.

There is less and less tolerance for the old model of reform that prioritised productivity, profit and economic growth, while ignoring the distribution of wealth. The Party needs to heed the growing calls for a fairer distribution of wealth in China. And the trade union has an undeniable and crucial role in making sure that goal can be achieved”

The Jasic case is a potential catalyst for a new stage in the workers’ movement in China, one in which the trade union will have a key role to play. As Hong Kong writer Au Loong Yu pointed out in the latest issue of Made in China: “The Jasic case reminds us that the situation is changing, that more workers now want their voices to be heard, and that a debate on all these issues is increasingly urgent.”