On Monday 19 October, Best Express workers staged a protest demanding the payment of wages in arrears after the sudden closure of a branch in Shanghai. On the same day, workers at YTO Express in Fuzhou also protested the non-payment of wages.

On Monday 19 October, Best Express workers staged a protest demanding the payment of wages in arrears after the sudden closure of a branch in Shanghai. On the same day, workers at YTO Express in Fuzhou also protested the non-payment of wages. The previous week, on 12 October, Yunda Express workers in Changsha demanded wage payments after their branch was shut down without notice.

The protests caught the attention of the public and “express delivery strike” (#快递罢工) was soon trending on social media. Several observers suggested that the strikes could escalate further in the run up to Singles Day, China’s online shopping bonanza that takes place each year on 11 November.

The recent strikes and protests by delivery workers, however, are not a new phenomenon. Rather, they are a continuation of worker activism driven by the intensification of competition in the industry over the last two years.

So far this year, China Labour Bulletin’s Strike Map has recorded 25 protests by couriers, whereas there were 27 protests for the year as a whole in 2019. Every single one of the protests this year has been related to wage arrears, and most followed the closure of a branch.

Although the amount of wages owed is often relatively small – one or two month’s pay in most cases – the lack of formal employment contracts has made it very difficult for workers to claim the back pay they are owed. 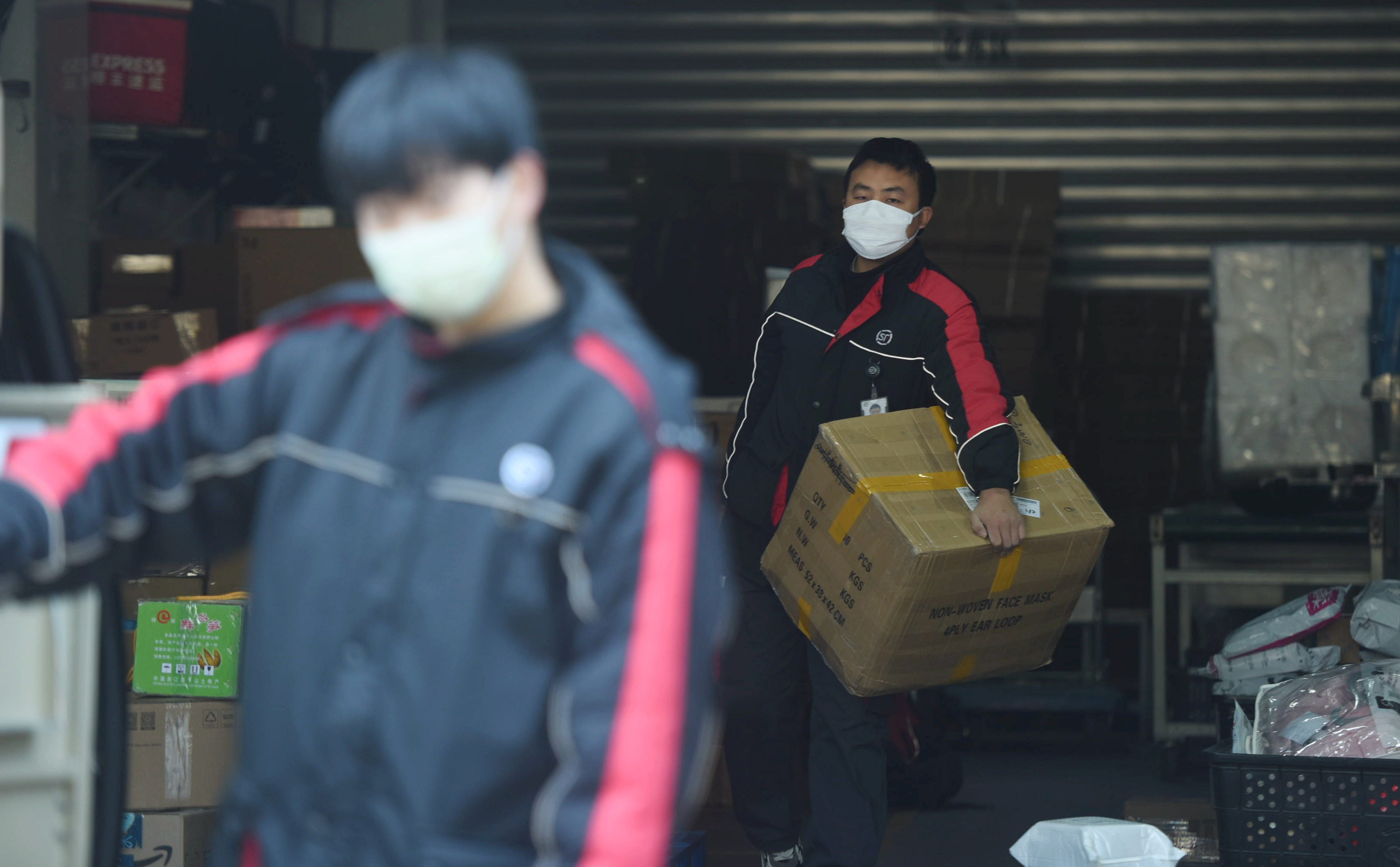 Express delivery stations have struggled to survive in the wake of the Covid-19 pandemic, during which they still had to pay rent and other expenses while the business was temporarily closed. During the first quarter of the year, with the exception of market leader SF Express, all major express delivery companies experienced a significant drop in revenue.

Although business started to improve after the pandemic was largely brought under control in China in May, the express delivery companies soon began to cut prices again in bid to gain market share. Companies also imposed higher fines on contractors who failed to meet strict delivery targets. And, because many operators could not afford to hire additional staff to meet those targets, fines became inevitable.

In July, for example, the owner of a ZTO Express delivery outlet in Fuzhou was forced to close after just over a year in operation because of the constant penalties which, he claimed, could be as high as 30,000 yuan each month.

In another development this week, the Beijing municipal trade union concluded a collective agreement with the city’s express delivery industry federation on the health and safety of the workforce. The agreement “encouraged” companies to pay their legally mandated work-related injury insurance contributions for staff, and to provide a low temperature subsidy and issue warm clothing when the temperature drops below five degrees Celsius.

The agreement said nothing, however, about wage levels or ensuring the payment of wages on time. The All-China Federation of Trade Unions says it is prioritizing delivery workers as one of its “eight major sectors,” but so far its impact on the working conditions of couriers – as signified by the continuing strikes – has been minimal.

Any benefits accrued to workers from union interventions so far have been superficial and have failed to address the fundamental problems endemic in the industry.